So we have voted to leave – what happens next?

After months of campaigning, the UK has finally voted and whilst the result has been extremely close, many will be shocked at the decision to leave. Following on from Michael’s note last week, we have put together this short article looking at the consequences and potential impact of Brexit.

Unsurprisingly, initial market reaction has been negative given that sentiment in the days preceding the referendum seemed to be swinging in favour of a Remain vote. As expected, the FTSE is down approximately 4% at time of writing and Sterling has fallen by approximately 6% versus the Euro and 8% against the Dollar.

It would seem that the prospect of protracted uncertainty across the UK and Europe means volatility will continue and coming weeks and months will be difficult for fund managers and small and mid-sized UK based businesses. However, it is important to remember that many of the companies listed on the UK Stock market, particularly those in the FTSE 100 are global companies and as such may be protected to a certain extent due to their relative lack of domestic economic exposure.

Statistically at 17.4m, the vote to leave was approximately 1.3m larger than the Remain vote. That said and even with a turnout of 72%, some 13m people didn’t vote which is 10 times the size of the Leave win. 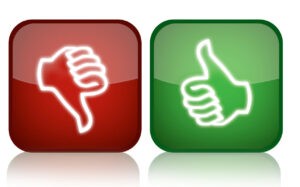 Although the choice was binary – “yes or no,” there is no doubt that the possible consequences arising from the decision are far from binary. Already we have seen David Cameron resign, raising the prospect of a leadership battle within the Conservative party and all that may bring (could we see Boris Johnson finally make his play?); Alex Salmond call for a further vote on Scottish Independence and in Northern Ireland, we have heard Sinn Fein call for the opportunity to allow the population to vote for a separation from the Union and look towards a United Ireland.

Although these calls present risks, they are not unexpected and in reality any decisions regarding the future of the Union ought to be viewed as possible on a longer term, say 10-year horizon.

As already alluded to, the economic consequences of this decision are not clear. If we look specifically at the regions of the UK, the impact could be significant. Scotland can set its own tax rates, but we have already seen Wales asking for money to replace what it will lose from the EU. Northern Ireland is a net beneficiary of EU money and so that money will have to be found from somewhere either in the form of extra taxes or extra borrowing with consequences for the economy as a whole. Only time will tell what the impact will be as the shock of the decision dissipates over time.

Some commentators have suggested that the vote in favour of leaving (52% v 48%) is relatively narrow and allows the possibility that the UK will retain access to the single market through membership of the European Economic Area. However, this depends on negotiations with the EU and could mean free movement of labour would continue across the EU… plus ça change, plus c’est la même chose…(the more things change the more they stay the same).

We should remember that the Bank of England and other institutions have worked out their contingency plans in the event that the country voted to leave. This was particularly evident in Mark Carney’s speech earlier today when he explained the plans that have been put in place to protect the UK and UK business as far as possible from the potential fallout caused by a Leave vote.

Whilst this decision is the most important in a lifetime, I go back to the point we made in a previous commentary. The sun has still risen this morning, Wimbledon will still begin on Monday and Northern Ireland will still beat Wales tomorrow afternoon. The move to divorce ourselves from the EU will take a considerable amount of time, with more becoming clear in coming weeks and months.

Have faith in the future – At the moment, the FTSE 100 stands at 6,038. However on the day I was born it was 149.76 (please don’t ask when. It was a long time ago!). There will always be some crisis or other around the world that impacts on markets, but if we believe they are broadly efficient and capitalism works, then the long term trend is upwards.

Have a plan and work it patiently for your lifetime and if appropriate, the next generation. None of us are in this for the short term.

Have patience – Have a plan and work it patiently for your lifetime and if appropriate, the next generation.   None of us are in this for the short term.

Discipline – Avoid doing the WRONG thing. At times like this it is easy to be caught up in the broader sentiment. Keep a cool head and speak to us if you are worried about your investments.

As always, any uncertainty presents opportunities and we will continue to work with you to make sure your plan stays on course whatever happens in the short term.

However, we appreciate that you may have more questions about how this is likely to impact you personally, so do please feel free to contact us in coming days and weeks.